Even though outside it was another cloudy, chilly, rainy day, inside my craft room it was sunny, warm and cheerful!

My grand-daughter came over this afternoon to participate in another art collaboration project with me and we had so much fun sharing ideas, chatting and creating. She inspired me, as I did her and we both ended up with projects we were really happy with! 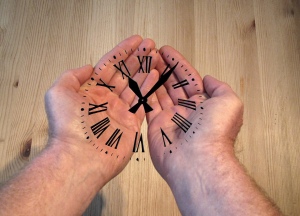 Hands on the clock move

Yet they always are in motion

Trying to reach their goal

Haiku My Heart: Holding Up the Sky

A clock’s life demands,
Movement of its hands.
In a circle they must go,
Not too fast, not too slow. 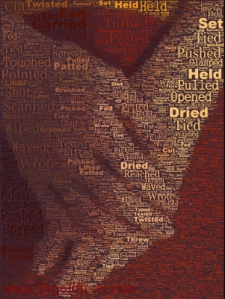 I am thankful for my hands.
They do so much for me each day.
They are my handy helpers,
While at work or at play.
I often don’t give them notice,
Or the credit they are due.
But they shouldn’t be taken for granted,
For its amazing to think of all they do!
So today I wrote a list,
Of how their day was spent.
From the time I rose up,
Until to bed I went.
I was pretty humbled,
To see all they did for me.
In the time frame of a day,
So much activity!
So I want to give them thanks,
And appreciation for each task.
They should never be taken for granted,
These hands who perform without bring asked !