By wind and rain

For those who take the time

Saw this beautiful rose bush growing along the sidewalk as I was on my way to the library.  I was reminded of the quote “Take Time to Stop and Smell the Roses”.  I did that and also took time to photograph them.  Beautiful addition to my summer day. 🙂

I hope you enjoyed my first Triple Shadorma poem that was inspired by encountering this little leaf.
I dedicate this poem to all the elderly people who are now in nursing homes or care centers living out their lives perhaps in loneliness, hopelessness, or feeling no one cares. This little leaf I saw today reminded me of them.
This leaf reminded me to stop in the middle of my busy life to think of ways to reach out and care for others.
I am glad I am a part of a ministry (Expressions of Miriam Ministries)  that volunteers to go into these homes to visit with the people there and perhaps uplift and encourage them in some way by bringing the joy of life and the love of God into their waning lives.

I am thankful for my hands.
They do so much for me each day.
They are my handy helpers,
While at work or at play.
I often don’t give them notice,
Or the credit they are due.
But they shouldn’t be taken for granted,
For its amazing to think of all they do!
So today I wrote a list,
Of how their day was spent.
From the time I rose up,
Until to bed I went.
I was pretty humbled,
To see all they did for me.
In the time frame of a day,
So much activity!
So I want to give them thanks,
And appreciation for each task.
They should never be taken for granted,
These hands who perform without bring asked ! 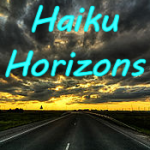